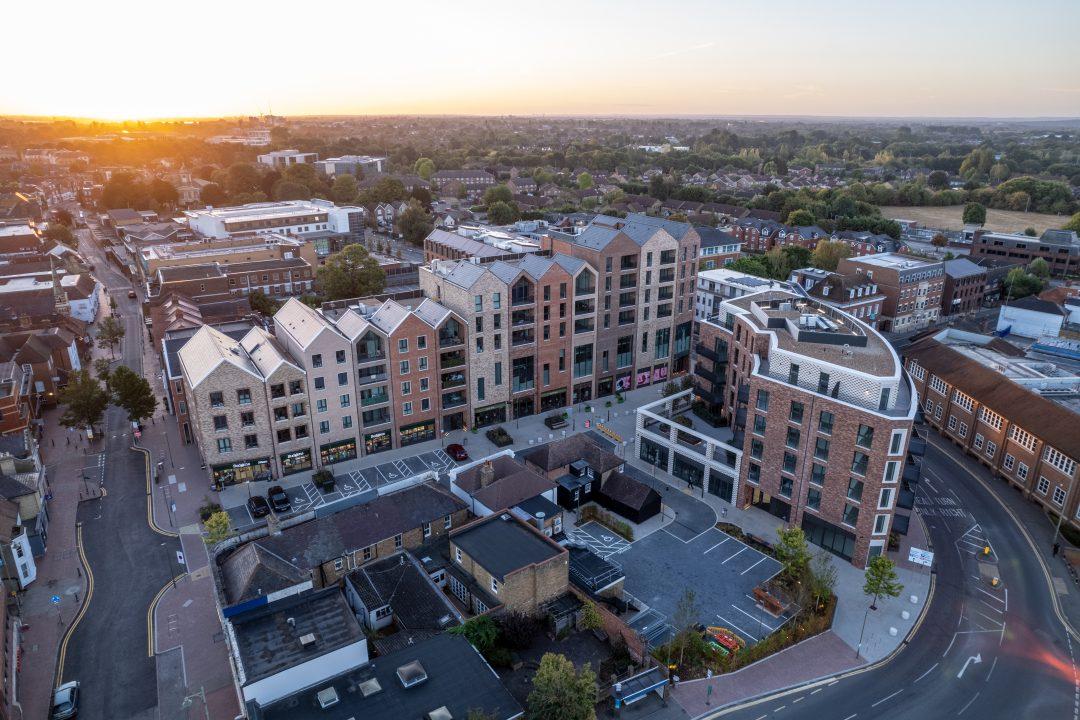 Egham’s milestone Magna Square development has been shortlisted for the British Homes Awards Regeneration Scheme of the Year.

Magna Square was delivered as part of the Runnymede Borough Council and Places for People’s regeneration partnership.

The British Homes Awards provide the opportunity to showcase innovations in housing design and to shine a light on projects that have made a difference to improving the environment, as well as residents’ health and wellbeing.

Being considered for this prominent property award, comes on the heels of two recent awards successes. In early August, Magna Square also scooped one of five spots on the prestigious EG Awards’ shortlist for the Public and Private Partnership trophy, with the winner being announced in November.

And last year, the development was highly commended in the national Planning Awards for best mixed-use development.

Cllr Tom Gracey, Council Leader, said: “It is fantastic to see Magna Square being recognised for another accolade, this time in the British Home Awards’ showcase of leading regeneration projects.

“By benchmarking ourselves against similar projects around the UK, we can clearly see the quality of the recent regeneration projects that have taken place in Runnymede. These award nominations give us further confidence that our strategy of town centre renewal is the right one to have committed to as a Council.

“We look forward to the continued success of Magna Square, and to the positive future of our Borough’s town centres. It is another example of how we are enhancing our local environment and supporting local people by creating more housing and a diverse leisure and retail choice."

The Magna Square regeneration in the centre of Egham consists of four mixed-use buildings that combine retail, leisure, residential and student accommodation. A new town square and wider pedestrianised public realm brings the buildings together and stitches the development into the local context.

Magna Square was developed as part of Runnymede Borough Council’s town centre regeneration programme, which also brought the Addlestone One development to the south of the Borough. Both regeneration projects are positioned to bring a much-needed boost to the local economies.

In the British Homes Awards Regeneration Scheme of the Year category, Magna Square will be competing against development projects including the creation of a new neighbourhood on London’s Olympic Park, a refurbishment of the former Nestlé factory in Hayes, and the regeneration of Europe’s largest Grade II listed building in Sheffield.

The results will be announced on Friday 30 September.

To find out more about our residential or commercial properties for sale or rent, please go to: https://magnasquare.co.uk/