Honoured to be Runnymede's new Mayor 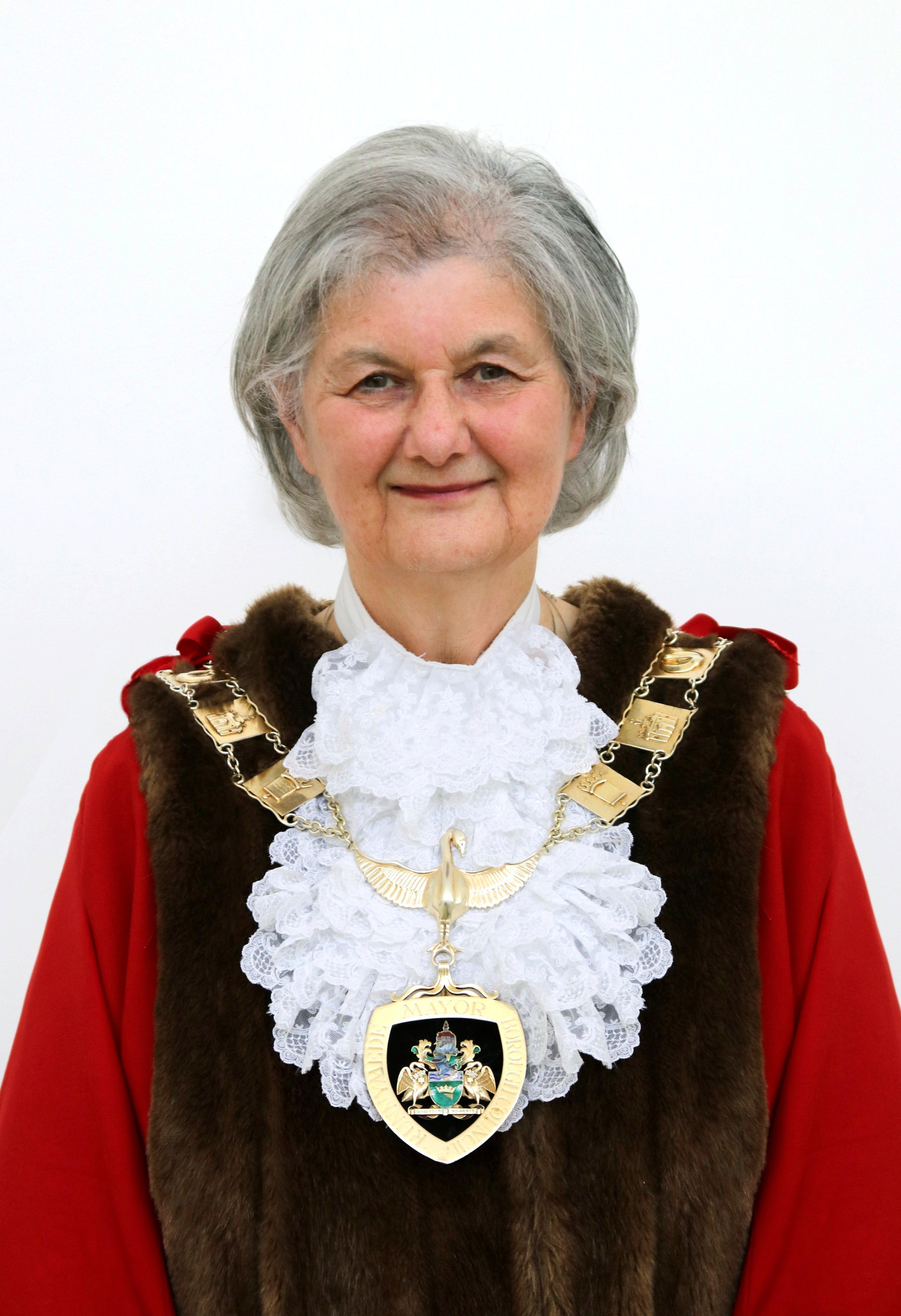 Councillor Margaret Harnden has become Runnymede's 45th Mayor as she follows in the footsteps of Cllr Elaine Gill who has passed on the ceremonial chains after 18 months in the role.

Cllr Harnden was born in Thorpe and has lived there for most of her life. She is keen to preserve the best of the local community she loves and as such became a member of Thorpe Ward Residents’ Association, and eventually became chairman.  In 2008 Cllr Harnden was asked to stand in the local elections as an Independent candidate for Thorpe.

Cllr Harnden has served on various committees at Runnymede Borough Council including Community Services, Environment and Sustainability, Licensing and Regulatory and Standards and Audit. She has been appointed to numerous outside bodies, and with a particular interest in family and local history, is a Trustee of The Egham Museum and Surrey Museums Partnership.

After an early career in physics research, Cllr Harnden spent time in the voluntary sector in various roles including the Probation Service, an animal charity and adult education.  She really enjoys working with people in the community and is looking forward to meeting and supporting a wide spectrum of residents in the borough of Runnymede over the next year.

Cllr Harnden said: "I feel extremely privileged and honoured to be given this opportunity to represent the Borough of Runnymede as Mayor. During the year I will also be raising funds for my two chosen charities, The Orchard Dementia Centre, Chertsey and The Holme Farm Project at New Haw.”

Sadly, Cllr Harnden’s husband Pat passed away in 2020. However, she is honoured that Ian Patenall, Secretary of TWRA, together with Fr Gerard Mee, Assistant Curate at St Mary’s will provide support as her consorts.  Fr Gerard Mee will also act as the Mayor’s Chaplain.

Cllr Harnden will also be assisted by Chertsey Riverside ward member, Cllr Shannon Saise-Marshall who has been appointed as Deputy Mayor and will be supported by her consort Maj Rob Marshall, RLC.