The Borough's crest picks up the themes of the great charter - the Crown, the Church represented through Chertsey Abbey, the Royal swans, the green of the meadows where the Magna Carta was sealed and the blue of the River Thames. They are brought together in the Borough's motto, "In Freedom, We Serve".

In heraldic terms, the armorial bearings amalgamate the arms granted to the former Chertsey and Egham urban district councils, and the motto - "In freedom we serve" combines the ideas from Egham's "Ut homines liberi sint" (That men might be free) and Chertsey's "Servire contendimus" (We strive to serve). 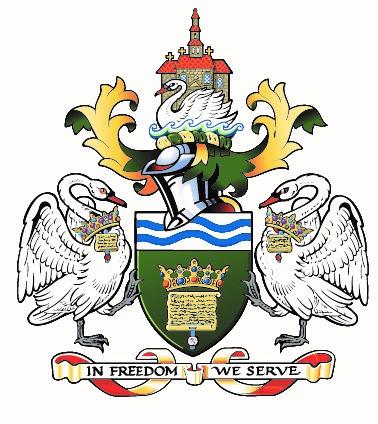 The crest is a ceremonial emblem of the Council and is an integral part of our logo. The formal description of the crest is

Working for us related pages